Ameerudin Abro
President
Ameeruddin Abro is a writer, social worker and a politician. He founded Indus Education Foundation in Pakistan for promoting the education in rural Sindh in 2006 and this organisation is running 9 SEF assisted schools in Matiari District. He has written about six books, out of them 4 are published and 4 are under publication.

He has established Indus Education Foundation in UK recently and now has determined to send out of school children not only in Sindh but in affected areas of Europe, Asia and Africa. He lives in London but travels frequently to his schools. 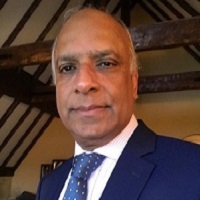 He acquired special training for Urology in West of Scotland Scheme. He worked as Assistant Professor of Urology at LUMHS during 1993. But later moved back to UK and was appointed as consultant Urologist at Pilgrim Hospital Boston in September 1995, where he developed interest in Pelvic oncology and Laparoscopic Surgery along with Erectile dysfunction. He did a diploma in Laparoscopic surgery from Strasbourg France in 2006.

He was trained in Laparoscopic work in San Raffael University hospital Milan, Italy during 2005-2006. Later he was appointed as consultant and clinical director of combined department of surgery and urology, United Lincoln county hospital Pilgrim and Grantham Hospitals UK. He is currently doing private practice at Fitzwilliam hospital Peterborough and Boston West Hospital. 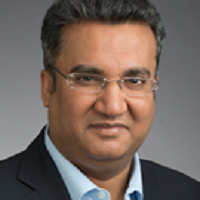 Shahbaz Ali
Trustee
Shahbaz Ali is the one of the main trustees in Indus Education Foundation International. He is a visionary entrepreneur and strategic executive manager with more than 20 years' experience creating dynamic solutions for enterprises. Shahbaz serves as the public face of Tarmin and brings the vigor and experience of a seasoned entrepreneur with a history of successful companies. Shahbaz today oversees all core business activities, including marketing, partnership development and sales at Tarmin.

Prior to co-founding Tarmin, Shahbaz worked for both innovative startups and market leading companies that include Invensys, Alcatel-Lucent, Mastercard and Mondex. He played a key role in the acquisition of Mondex which, at the time, was the largest ever acquisition of a European start-up company.

Saeeda Sahar
Trustee
Saeeda Sahar was born in Pakistan’s Sindh province and remained active to accelerate the schools of Indus Education Foundation during 2006-2015. She has done her post-graduation in Sociology and has worked as a social welfare officer at Jinnah Post Graduate Medical Centre in Karachi, Pakistan.

For promotion of children in IEF schools, she visited schools in Matiari district and distributed uniforms to students. She has been visiting homes in villages to persuade the female parents for promotion of education in rural Sindh. During discussion after screening the film, Sojhro, she has encouraged female parents to encourage the children of marginalised world.

As a Trustee, she has joined IEF international and has been active to mobilise the community for promotion of education in rural areas. 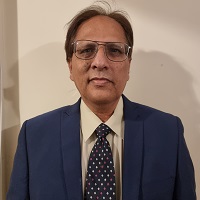 The IIC, England, UK was founded by Prof & Dr Manzoor H. Unar. He remains a vital and productive Engineer, Faculty member, Advisor and Consultant in various international educational institutions and other professional organizations. He has lived and worked in USA, Canada, Singapore, Malaysia and Pakistan.

Dr Unar also possess an extraordinary academic achievement record. He had graduated from Mehran University of Engineering and Technology (MUET), Jamshoro, Sindh, Pakistan in 1985. He was awarded two Gold Medals. He secured first-class-first position and best graduate awards. He had also awarded Higher Education Scholarship from United Stated Agency for International Development (US-AID), Washington, DC, USA in 1986. He has completed two Master’s degrees in USA; one in Computer Engineering from Wayne State University (WSU), Detroit, Michigan, USA in 1987 and the other Master in Communication Engineering from WSU/University of Miami, Florida, USA in 1989. He has worked in Ford Motor Company, Detroit, Michigan, USA, as a consultant in Electronic Engineering in 1990.

Dr Unar was also awarded Research Fellowship from University Technology, KL, Malaysia (1993-95). He had also worked as a Visiting faculty of Informatics College, K.L., Malaysia. After gaining experience in Malaysia, he worked as an adjunct faculty member of SZABIST, Karachi, Pakistan (1998-98) In 1999, Dr Unar had awarded PhD scholarship from Defence Evaluation Research Agency (DERA), Ministry of Defence (MoD), United Kingdom (UK). In 2006, he had completed his PhD degree in Mobile Radio Communications from University of Bath, UK. Later he had joined British Institute of Technology (in association with University of East London, London, UK), 2008-09.

In 1986, Dr Unar was an honorary member of various International Student Organisations and had participated in several international conferences, seminars and workshops in the USA, Canada, UK, Singapore, Malaysia and Pakistan. Dr Unar had also worked as an Academic Consultant for Bristol College of Accountancy, Bristol, England, UK (2011-14)

Later, Dr Unar had formed Progressive Engineering Consultants, in Bristol, England, UK and worked as a Managing Director. Dr Unar is founder and CEO of International Innovative Consultant (IIC), Bristol, England, UK (2012-15). As a Project Director and Academic Consultant of IEF Academy, Dr Unar is initially responsible and aim to execute, implement operate, manage and supervise a number of academic programs for underprivileged, low-income youth of deprived rural areas of the developing world. The programs will initially initiate from Sindh, Pakistan. 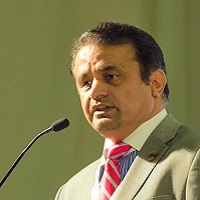 In addition to that, Abdul Ghaffar Ansari is a creative artist, and he has made paintings depicting poets from Sindhi and Urdu poetry. He has kindly joined Indus Education Foundation as the member of Executive Committee.